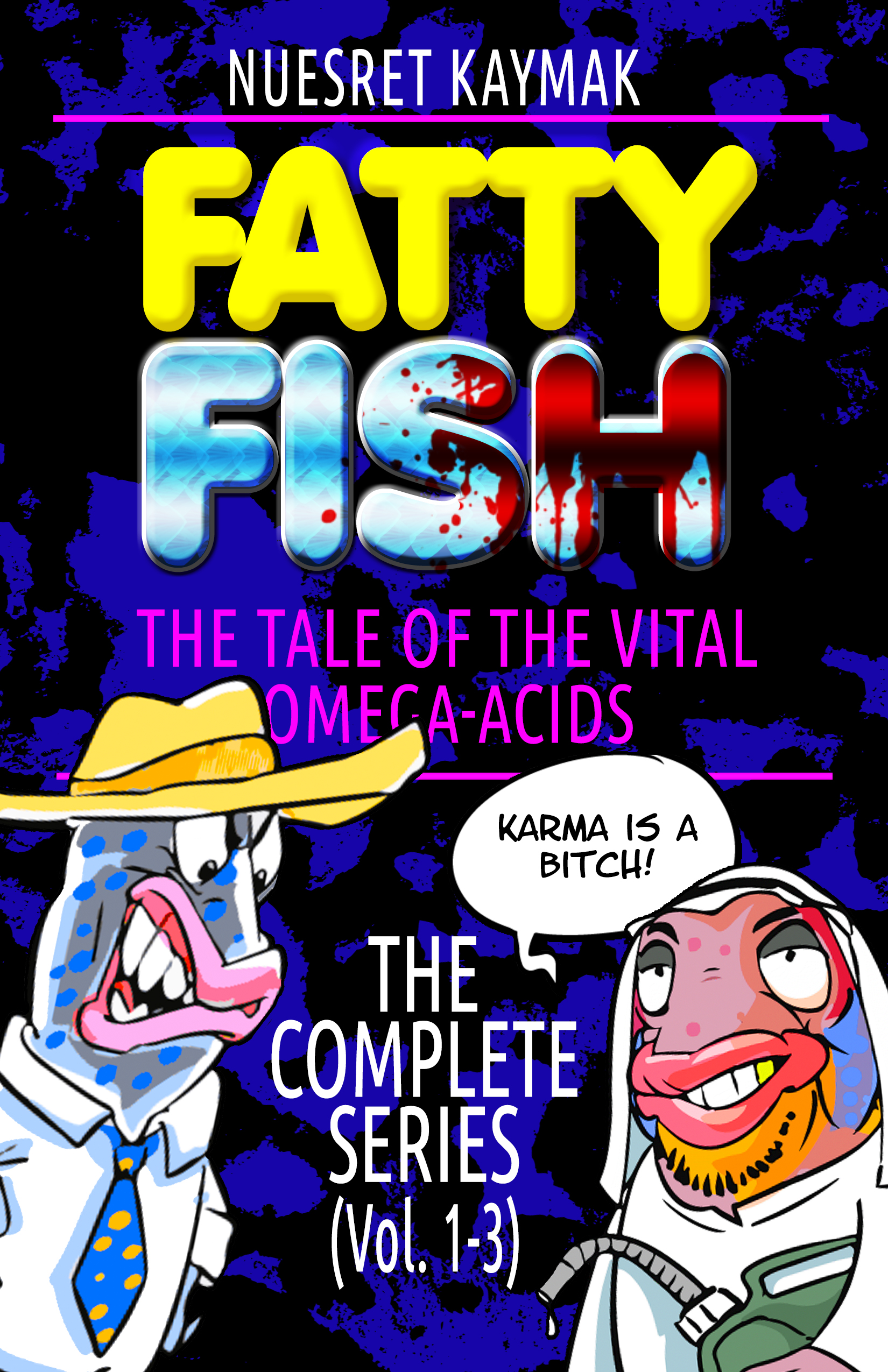 The fish are finally fed up with it: because Homo sapiens is on their leash and exterminates them – they defend themselves by exposing the lies around the fish and the biggest lie of evolution: the history of mankind! A bitterly satire with truth content.

—
The fish have their gills full: Homo sapiens, the lousy landlubber, has almost emptied the oceans and threatens the last remaining fish. These fish are now forced to climb the barricades and go on the PR offensive – they reveal the biggest lie of evolution: the evolution of mankind.
—
Fatty fish – The tale of the omega fat acids… the witty and informative series as a single complete edition:

In Volume 1, the fish unpack about God and the world, the story of creation – to remind Homo sapiens where he comes from: from an aquarium and the sewers.

In volume 2, the fish discuss the madhouse about fat and oil: where it comes from, what it is good for and why Homo sapiens will die for it.

In volume 3 the fish explain what they connect with church, economy, politics, health system and funeral and what vegetarians really want. They offer concrete alternatives to the consumption of fish and how you can still get the desired substance for little money.
—
Let yourself be pulled along and dive into the world of water and its inhabitants. Refresh your knowledge about the history of evolution in a humorous and bitter way: How the world we live in was actually created and where exactly it is now, at this very moment. Find out the real reason why Homo sapiens came into being and what the origin of mankind is all about. Forget the propaganda and conspiracy theories of the Church and the Enlightenment, because the history of the earth was different. Learn the truth at last: the whole, naked truth. Without a fig leaf.
—
Nuesret Kaymak has been working for more than 25 years as an illustrator, concept and comic artist, cartoonist and animator for advertising, PR, film and TV (see http://atelierkaymak.de). Since 2012 he has been writing didactically and humorously about history, politics, art and culture, vegetarianism and animal welfare.