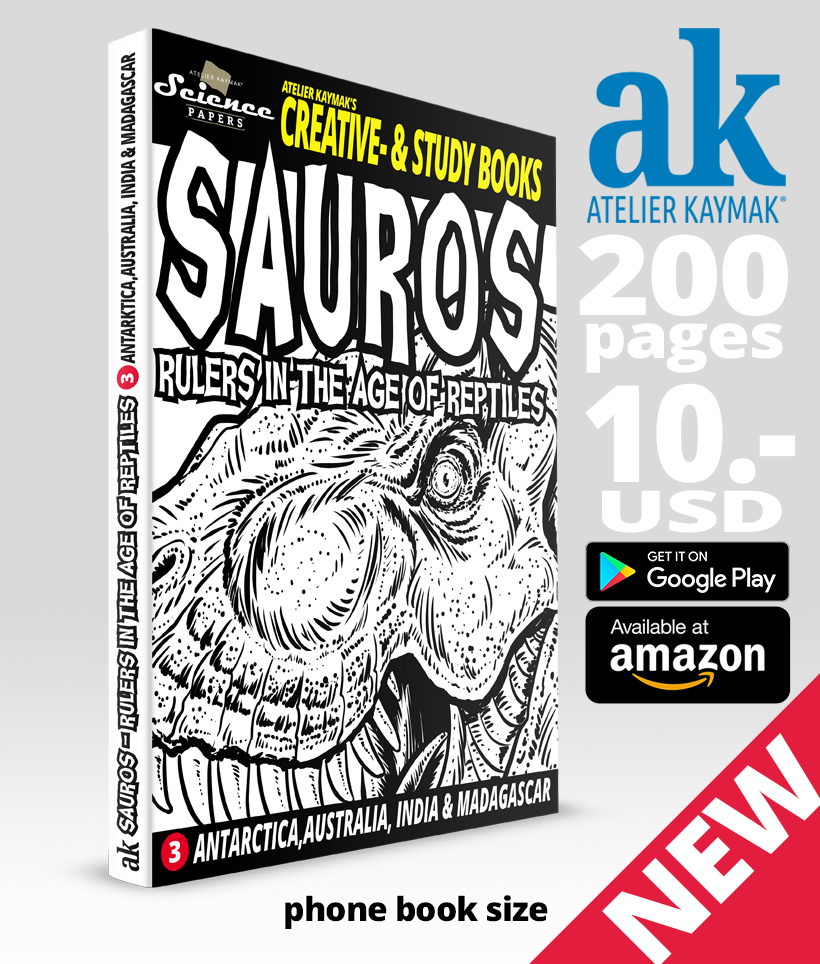 Rulers in the Age of Reptiles: Antarctica, Australia, India and Madagascar

Available for the first time in this form: a complete compilation of all giant lizards from the Mesozoic era that have been found and catalogued so far. The compendium, comprising several volumes, offers a complete overview of all dinosaurs of the Mesozoic period known to science.

In 2017, paleoanthropologists found bone fragments in the Moroccan Djebel Irhoud, which turned out to be the oldest evidence of modern man: the evolutionary history of Homo sapiens thus officially covers a proud 315,000 years! Compared to the phylogeny of the genus of the great apes, which spans almost 2 million* years, this may not sound like much. However, it seems very modest compared to the history of the dinosaurs: they existed for 186 million years! This is no longer comprehensible by our human standards. But we can get a small idea of the giants of prehistoric times with the help of abstract numbers, the fabulous achievements of researchers – especially paleontologists – and, of course, with a little imagination. The third volume from Atelier Kaymak®, in the usual manner of the creative book – employment book and reference book – is the prelude to a series that introduces all lizards known to date.

*By the end of 2019, the media worldwide were inundated with headlines about the sensational evaluation results of the paleoanthropologist Madelaine Böhme from Tübingen, Germany. In the years 2014 to 2017, she and her research team found bones of a previously unknown primate species during excavations in the southern German East Allgaeu region. After closer examination of the fossils they found in a stream, it was discovered that they were the remains of a group of upright walking great apes. During his lifetime, Danuvius guggenmosi, as the species is now called, is said to have climbed trees as well as walked upright. With this, science completes the missing gap around the question of an approximate time for this first step of development, which is so important for mankind. The most astonishing thing about this discovery, however, is that the bone finds are almost 12 million years old according to age measurements: 11.62 million years. Thus they are twice as old as the oldest known bone finds of human pre-forms in Crete and Kenya! And this result now turns the history of mankind upside down! Because up to now, evolutionary research was sure that a) the roots of mankind lie in Africa and only in Africa and b) the earliest great apes must have lived six million years ago.

Available as eBook here in the shop or as big paperback at Amazon.