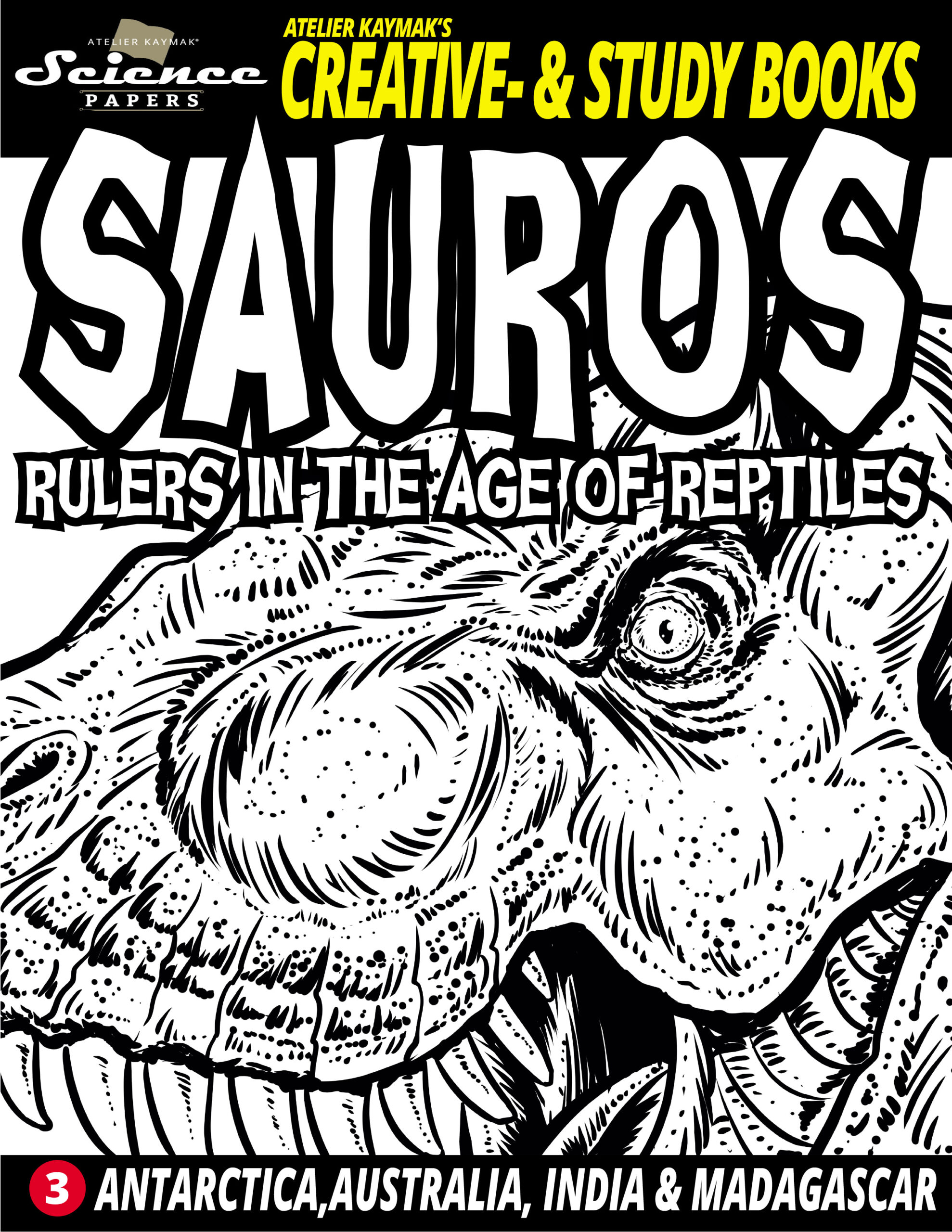 SAUROS Rulers in the Age of Reptiles

In 2017, paleoanthropologists found bone fragments in the Moroccan Djebel Irhoud, which turned out to be the oldest evidence of modern man: the evolutionary history of Homo sapiens thus officially covers a proud 315,000 years! Compared to the phylogeny of the genus of the great apes, which spans almost 2 million years, this may not sound like much. However, it seems very modest compared to the history of the dinosaurs: they existed for 186 million years! This is no longer comprehensible by our human standards. But we can get a small idea of the giants of prehistoric times with the help of abstract numbers, the fabulous achievements of researchers – especially paleontologists – and, of course, with a little imagination. The third volume from Atelier Kaymak®, in the usual manner of the creative book – employment book and reference book – is the prelude to a series that introduces all lizards known to date.

We humans cannot, with the best will in the world, imagine the time frame that lies between the dinosaur era and our present. It is simply unimaginable. It can only be done in a very abstract way, with the help of numbers to which we cling like shipwrecked people to the lifeboat. Seriously: can we – who only have a very manageable and very short life span – imagine approximately what periods of millions of years are? Or of tens of thousands of years? A thousand years? It is already difficult for us to empathize with the one hundred year old, which we face with awe at the age we have already reached and with a great fear of the inevitable death that is still to come. But how to deal with the fact that 235 million years ago dinosaurs jumped around on the surface of the earth? Perhaps the thought that “time” is only an abstract measure, an invention of us humans, might help us a little. It gives us the illusion that we still play an important role in nature and that we can grasp and control our world. However, if we look at fossils, we quickly realize that we cannot compete with the smallest organisms that have had the good fortune to be preserved so well for millions of years in slate or amber.

Since man has been able to get hold of his surroundings artistically, he has left traces of his history. What begins with simple, coloured handprints on cave walls, continues with figures carved in wood and bone, bronze works, sculptures carved from stone and painting: the cultural heritage of mankind. Not to forget not only joyful events but also memories of horrors and horrors. The captured visions and nightmares help people to always be aware that there are other creatures in the world besides themselves. Inexplicable beings. And dangerous creatures, which one should rather never meet. Despite the many different cultures – one creature seems to be omnipresent and to appear again and again: the bird griffin. A mixed creature, made up of the most terrible animals nature has to offer: a muscle-bound lion’s body with huge paws that end in razor-sharp, ominous claws.